It's been a really busy few weeks lately so it's time for me to get caught up on my posts.  Here are a few things I've been meaning to post. If you remember from my last  post I'd made cards for a few friends with birthdays.  Well for each of them I also made their gifts, here are the gifts I made for tow of them....Monogrammed Note Cards.   The first set I made using Cuttlebug folders on some of the cards and Spellbinder dies. 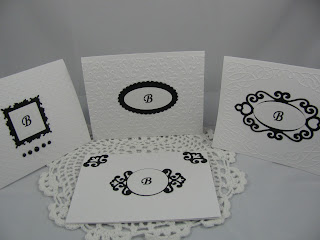 For this set I used Spellbinder dies but I decided to heat emboss the design and letters and for this set I made the envelopes cutting them on my Silhouette Cameo.  Then I popped them up a bit to really make them stand out since the die cuts were the same color as the cards. 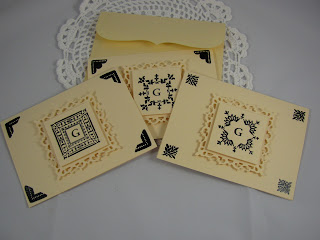 My other girlfriend also got a gift that I just had a ball making.  I finally made a mini album and I love how it turned out.  It was inspired by Angelwings14100 on YouTube.  She has some great tutorials and this was a really easy one to start with. I did make a prototype but this was my first completed one.  The only thing to do it finish embellishing it.   I thought I'd let her chose her pictures first and I embellish around the photos.  Here the mini... 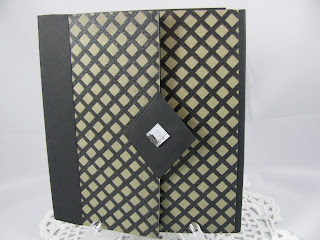 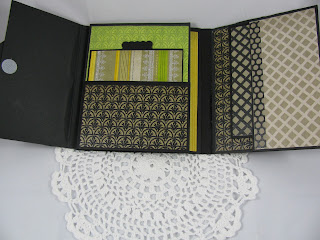 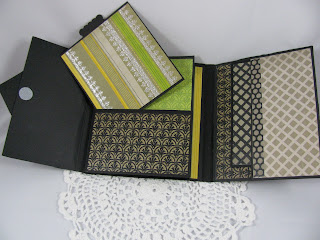 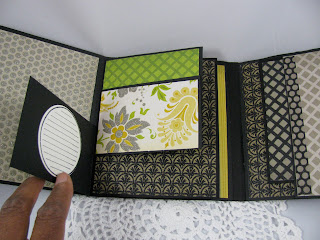 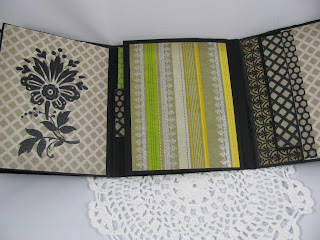 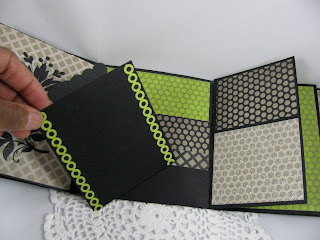 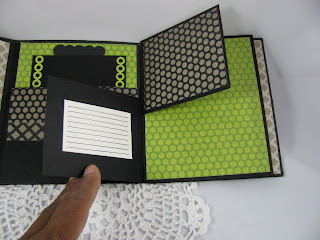 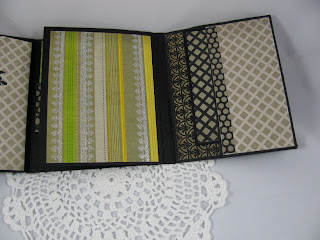 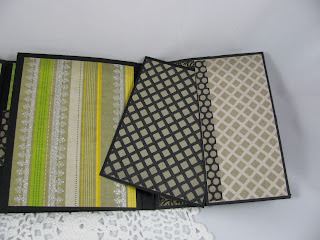 The tutorial is really about using left over paper from other projects but I picked this paper pad just for this mini.  I used Lemon Flower Stack by DCWV 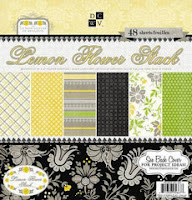 I just love the papers in this stack and I have plenty left to make other projects.