What a joyous day...Praises to our Risen King! 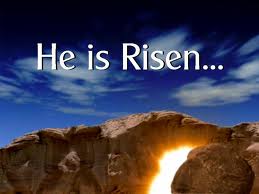 I hope everyone have a happy and blessed Easter!

I've really been a bad blogger lately.  It's been super busy lately but I've managed to do a few cards for friends and one actually done on request by my brother for a friend of his recovering from surgery.
Here's what I've done lately...
This one I made for the former head of our department who was leaving my place of employment.  I even made the envelope which my first time for that but I think they look nice together.  It was also my first time making a stick pin to include with my card.  I have a lot of beads and jewelery making stuff so can see myself making lots of those for cards.  She really liked this card. 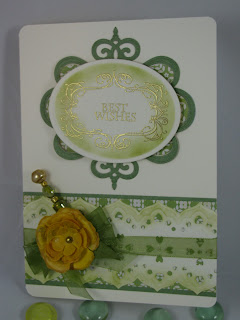 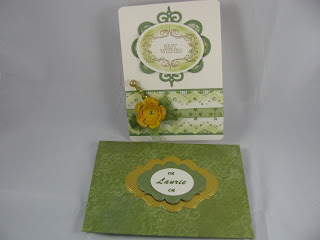 This one was for a co-worker's daughter recovering from an injury. She is such a nice young lady I just had to make her something and sent it to her by her mom, whom I work with. 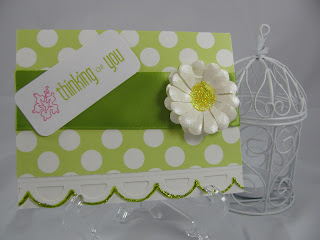 Last but not least, my brother requested this one to send to a friend recovering from surgery. 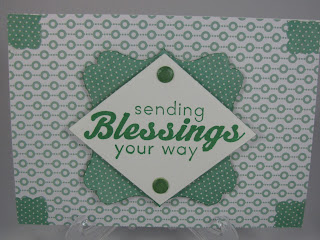 It's funny but can you see a GREEN theme lately.  Maybe because it's spring but I've used green on each of the last four or five cards I've made.    I think it's time to move on to more color, huh?

That's it for today but I have some more to share soon.  I need to take a couple pictures and will hopefully post again before the end of the week.  So, stay tuned.  More later...